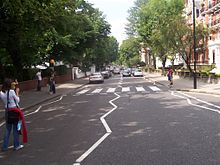 pedestrian crossing was introduced by the Minister of Transport, Leslie Hore-Belisha which had Belisha beacons. Flashing amber globes on black and white posts on each side of the road. The crossing is characterised by longitudinal stripes on the road, parallel to the flow of the traffic. Alternately a light colour and a dark one. Although the origin of the name is disputed, it was finally attributed to British M.P. James Callaghan who, in 1948, visited the country’s Transport Research Laboratory. They were working on a new idea for safe pedestrian crossings being shown as a black and white design. Callaghan is said to have remarked that it resembled a zebra. It is now the law that motorists give way to pedestrians at zebra crossings (The Highway Code Rule 195). 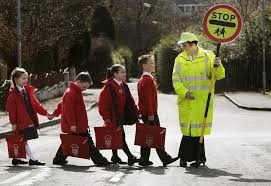 n the United Kingdom, lollipop men or women (crossing guards). Frequently attending zebra crossings near schools, at the hours when schoolchildren arrive and leave. Their widely-used nickname arose because of the warning sign they hold up as they stop traffic. It’s a large round disc on a long pole and thus resembles a giant lollipop.

For over 60 years they have been recognised as a safe place for pedestrians to cross. More recently, some drivers are failing to give way to pedestrians. It is believed that hundreds of people have died at the crossings and thousands more have been injured. This has prompted some councils to install enforcement cameras at the crossings to catch offenders.

In the United Kingdom, a fine of £100 and three licence penalty points is given to those failing to give way at the crossings. Such a penalty has attracted criticisms of leniency when compared to other countries which enforce fines of up to £2,000. For failing to give way at a zebra crossing patrolled by a school crossing patrol (“lollipop man/lady” as they are commonly called). Their widely-used nickname arose because of the warning sign they hold up as they stop traffic. It’s a large round disc on a long pole and thus resembles a giant lollipop.

However, the penalty rises to £1,000 and a minimum of three licence points, with the possibility even of disqualification. In the United Kingdom, motorists must stop for a crossing patrol, even when it is not on a pedestrian crossing.

In the United Kingdom, the pelican crossing was the first definitive light controlled crossing for pedestrians and was introduced in 1969.The Pelican Crossing (previously Pelicon Crossing – PEdestrian LIght CONtrolled Crossing) is a type of pedestrian crossing, which features a pair of poles each with a standard set of traffic lights facing oncoming traffic, a push button and two illuminated, coloured pictograms facing the pedestrian from across the road. These are a red, stationary person to indicate that it is not safe to cross, and a green, walking person to indicate that it is safe to do so. Pelican crossings also provide the non-visual indication that it is safe to cross, such as a beep, vibrating button or tactile rotating cone to assist visually impaired pedestrians. 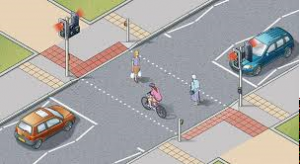 Now to talk about the Toucan crossings, the Highway Code explains, are ‘light-controlled crossings that allow cyclists and pedestrians to cross at the same time’ hence the name (‘two can’ get it?). They are push button operated. Pedestrians and cyclists will see the green signal together. Cyclists are not segregated from pedestrians and are permitted to ride across. Unlike the older pelican crossings, they don’t have a flashing amber phase for vehicles on the road. The signals indicating whether it is safe for pedestrians and cyclists to cross, often on the far side of the road. The government policy now favours conversion to puffin-style nearside signals. At a toucan crossing the red pedestrian and cycle signals are advisory and, if it is safe one can cross even when it is red (on foot or on one’s bike). 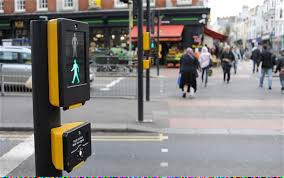 IN 1992 the Puffin Crossing was introduced the Pedestrian User Friendly INtelligent crossing (puffin crossing). That is a type of pedestrian crossing now in use in the United Kingdom. The design is distinct in that the lights controlling the pedestrians are on the near side of the road, rather than on the opposite side as in the older pelican crossing it replaces. Most Puffin crossings have sensors on top of the traffic lights, although some are buried in the ground in the waiting area. The sensors can spot if pedestrians are waiting to cross.

Please leave a Message to tell others about this site