From my point of view, the number of people driving has increased, so drivers need to understand the rules of the road and how to be safe drivers.

A potted history of the Theory Test

Before 3 September 2007, the car and motorcycle multiple-choice tests comprised 35 questions, with a pass mark of 30 within a 40-minute time limit. In January 2015, new CGI clips started to replace the real-life video clips in the Hazard Perception Test.

A potted history of the driving test.

The UK driving licences were introduced by the Motor Car Act 1903, but no test was required. A test for disabled drivers was introduced by the Road Traffic Act 1930. Legislation for compulsory testing was introduced for all new drivers with the Road Traffic Act 1934. The test was initially voluntary to avoid a rush of candidates until 1 June 1935 when all people who had started to drive on or after 1 April 1934 needed to have passed the test. Testing was suspended during World War II. Testing was suspended again during the Suez Crisis in 1956 to allow examiners help to administer petrol rations

The Theory Test as it stands today

Because of the increased problems of driving the multiple-choice test covers the following topic:

safety and your vehicle 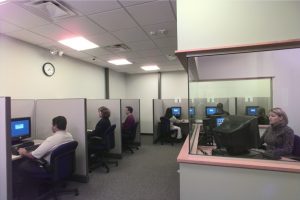 other types of vehicle

rules of the road

By using this site, you will be able to give yourself a distinct advantage when you go into the test centre to take your theory test. You could have practised several mock tests to familiarise yourself with what to expect. We are one of the countries leading online training websites so after reading this blog go and pass your theory test using all their help.