If a non UK driver that holds a license from there country is stopped because they have broken one of our laws. The Normal procedure of Points & a Fine can not be used. Instead there case will be dealt with the Magistrates Courts and a fine will be given and the details recorded on the Police National Computer. If there are repeated breaches of the law then a non UK driver can be Banned from driving in the UK without them losing there international license. European License holders are non UK driver that can apply to the DVLA to Transfer there license to a UK License using a form D1 or else they can apply for a Form D9 which will allow the DVLA to attach a form to their own European license. If a European driver is stopped by the police for breaking one of our minor laws they are likely to be issued with a fixed penalty notice.

Unfortunately they will not be eligible to use this system because they are not eligible to use our points system. A European driver will have to go to court and face an enlarged fine. Every time a European Driver gets a fine the details are recorded on the Police National Computer. This can be added up & a Driver banned from driving in the UK while being allowed to drive outside the UK. If after being banned the driver still drives then the same rules of our laws are applied regardless of country of origin. A European driver can enter our points system by contacting the DVLA on the link provided & fill in the form D1 then return it with there European License to the DVLA this will cost about £30. This will allow them to obtain a UK driving license without retaking a driving test. Form D9 allows any European Driver wanting to stay in this country to obtain an attachment to there license.

Creating another way of entering our points system. It costs nothing & could result in saving money in the long run as we all can make mistakes. If a non UK driver that has a license but comes from a non European Country to work in this Country then they are required to pass the UK Driving Test within one Calendar year of there entry into the UK as a resident. Non UK Drivers are not exempt from any of our laws they must abide by them. Not being aware of them does entitle them to break them. If they break our laws they will be prosecuted just like a native but if they do not have a license or car that fits into our legal system then there will be extra penalties. If a non UK Driver commits an offence of UK law then obtains a UK license the offence will added to that license. They should remember that points are kept on record for 4 calendar years. So if the offence was committed before obtaining a UK license this could then be counted towards the ‘New Driver Act’ records. 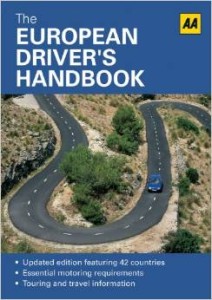 European License holder A European Driver with his native countries license can drive in this country without any problem. So long as they meet the requirements of their license. However if they commit a driving offence which would under English Law warrant points on their license then the case will have to be heard in a magistrates because the European License cannot normally have the English points added. However if they contact the DVLA and complete a Form D1 then the DVLA will issue an English Driving License in exchange the European License. However there will be a charge for this service. There is another form a D9 which once completed will allow the DVLA to attach a form to the European License which will allow the license to be used in our points system. This is completed by the DVLA free of charge. https://www.gov.uk/exchange-a-foreign-driving-licence

Non European License holders A Driver with a Non European Driving License can drive in the UK for 1 calendar year from the day of entry before having to pass an English Driving License Test. However there is an acceptation if the Non European is registered with the Home Office a visitor then they only need to leave British Territorial Waters to have their year start again on their license. Some countries will issue their own international driving licenses which can be reissued on a yearly basic but they are not valid in this country. https://www.gov.uk/exchange-a-foreign-driving-licence https://www.gov.uk/driving-in-great-britain-on-non-gb-licence

Non UK Cars Non UK cars can be driven in this country. It is considered to be visiting this country. However the car must be road legal and insured in the original country. A non UK car can not be insured in this country using a UK based insurance company. Also a Non UK car needs to stay road legal in the country of origin so that might mean taking the car back to the country of origin to get it serviced and checked for their equivalent of our MOT. If the car is stopped & found not to meet any of these standards or the paperwork is not in order then the driver / owner will be prosecuted under English Law for not being road legal. If a non UK car is put up for sale or sold in this country then it will be considered to have been imported into this country. This will mean that before the car can be driven any more the car must have UK plates. Have a look at the links below to find out what is involved. https://www.gov.uk/importing-vehicles-into-the-uk